8 Times Friends Made Us Cry

Friends is a comedy sitcom that stars six characters with different idiosyncrasies. There are Ross Gellar, Monica Gellar, Chandler Bing, Rachel Green, Phoebe Buffay and Joey Tribbiani. The show is replete with laugh-out-loud antics, heightened-reality moments and what not.

But what makes the show so truly endearing is that there are also many tearjerker moments. The writers so deftly blend the comedic element with the emotional stakes, so that we the viewers come to care about these characters.

Here is our list of Friends moments that opened the floodgates of tears. Hardly comprehensive, we know, but a few of the best.

The One with the Prom Video, Season 2 Episode 14

Will they, or won’t they? For two seasons Ross and Rachel’s relationship was a tease and in limbo. Ross had for years harboured unrequited love for Rachel. In the prom video, high-school mates Rachel and Monica were preparing for their big prom night. Rachel was having a meltdown as Chip Matthews, her date, seemingly bailed on her. At Jack and Judy Gellar’s behest, a mustached and afro-haired Ross rose to the occasion — it was his chance to rescue the damsel in distress. Donning his dad’s tuxedo, Ross steeled himself and even picked out a bouquet of flowers for Rachel.

However, Chip eventually showed up to whisk Rachel away to prom night. For years, Rachel never knew about this selfless gesture her future husband (?) did for her. Until the timeline in this episode. And then they kissed.

The One with the Cat, Season 4 Episode 2

Phoebe is an oddball, but given her past it’s no surprise how the pancake turned out. Her dad ran out of her and her mother Lily killed herself. She was a street urchin who had a penchant for mugging “preteen comic book nerds”. Throughout the show’s entire run, she was a chanteuse at the iconic Central Perk, where she would perform pithy, thought-provoking songs like Smelly Cat and An Ode to a Pubic Hair (Little Black Curly Hair).

One day, a cat ran into the cafe and beelined for her opened guitar case, which was lined with orange felt. Not any ordinary cat like the one she paid tribute to in Smelly Cat; this cat bore the spirit of her late mother. For the next few days, Phoebe would call the cat her mother and spend time with her.

This rubbed the always-rational Ross the wrong way, especially when a notice for the missing male cat showed up. The tension culminated when the group broke the news that the cat belonged to a little girl. Phoebe insisted her feline mother found her, and thus she should keep her. Ross then compelled Phoebe to return the cat, leading to this lump-in-the-throat moment.

Phoebe: “Ross, how many parents have you lost?”

Phoebe: “Okay then you don’t know how it feels like when one of them comes back, do you? I believe this is my mother. Even if I’m wrong, who cares? Just be a friend, okay? Be supportive.”

The One Hundredth, Season 5 Episode 3

Phoebe is a free spirit, and that’s why she had her brother’s triplets. Don’t worry, nothing taboo. It’s her half-brother’s. Just kidding. She was only a surrogate. She was a selfless vegetarian who put her body through a lot just so her half-brother and his middle-aged teacher/lover could start a family. Like craving and eventually eating meat.

But Phoebe being Phoebe, she wanted to keep one of the triples, and even implored Rachel to broach the topic with her brother. It was a no-go, of course. And coming to terms with the most painful thing she ever had to do, Phoebe had a touching conversation where she said she’d just settle for being their favourite aunt.

The One with the Proposal, Part 2, Season 6 Episode 25

Chandler and Monica’s love story has got to be one of the best plot developments in FRIENDS. In the early seasons, Chandler was a callow commitment-phobe working a dead-end job. Monica was wandering aimlessly, taking odd jobs that required wearing fake boobs. Of polarising opposites, the two felt like an odd pairing at first, but quickly became a dynamite couple that had us all rooting for them.

In this two-part episode, Chandler went out of his way to make his proposal a surprise. To throw Monica off the scent, he lamented the ludicrousness of marriage. It worked, for a while and perhaps a little too well, until the return of Monica’s erstwhile lover Richard and his consequential admission that he still had feelings for her threw a wedge in that plan.

Chandler went around trying to fix the mess, but to no avail. Dejected, he came home, and Joey aided the reverse proposal with a little lie that Monica had already upped and left. Chandler opened the door to a room lined with lit candles. And then Monica genuflected and proposed.

The One with All the Candy, Season 7 Episode 9

The episode began with Ben, Ross’s son, out in the park enjoying his first bike experience. Phoebe then revealed that she never had a bike because of her impoverished past. She did get a hand-me-down box of a bike from a girl across the street. She would ride astride the box and her stepdad would drag her around the backyard. This revelation hit Ross so hard that he went out to get a pink bike — almost the same one in Phoebe’s childhood memory — just for her.

Sweet move, one that’s a testament to Ross’s thoughtfulness.

The One After I Do, Season 8 Episode 1

When Rachel found out she was pregnant (out of wedlock), she first felt consternation.  The new broke, and the girls got her to retake a pregnancy test. The result was negative, according to Phoebe. Rachel felt relief — but belying that was a sad pensive longing. The ever-cunning Phoebe then revealed she had hoodwinked her friend, so that the latter could know how she really felt about her new addition.

The One with the Secret Closet, Season 8 Episode 13

For all his jejune behaviours, Joey is a real stand-up guy. The womaniser found himself in unfamiliar territory when he had feelings for Rachel,his then-roommate. No biggie, except she was pregnant. With one of his best friend’s child. But when Ross was missing out on many milestones — doctor’s appointments; baby’s first kicks — Joey put aside his feelings and selflessly suggested that Rachel move in with Ross. That longing breath he heaved when Ross and Rachel embraced each other really tugged at heartstrings.

The One with the Fertility Test, Season 9 Episode 21

Remember how I said Chandler and Monica were the couple we rooted for? We were of course hoping they could start a family and have little Bings fill the house with joy and just a little mess that would titillate but not agonise the obsessive Monica. But they had been trying for a baby for a year with no luck, and so the two decided to go for a fertility test. The news were not good.

Chandler had to break the news to Monica, and in that second crush her dreams of becoming a mother. The usually-goofy Chandler got all sentimental and had to comfort — at the time, futilely — Monica that everything was going to be all right.

What other Friends moments got to you? Let us know in the comments below! 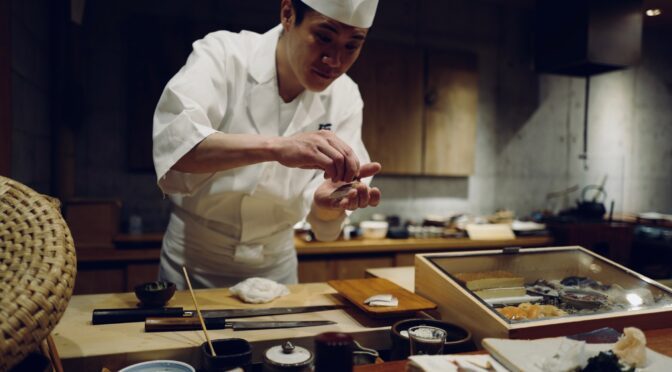